Previous telescopic all-sky surveys of the galaxy took years and tens of thousands of photographs to complete. 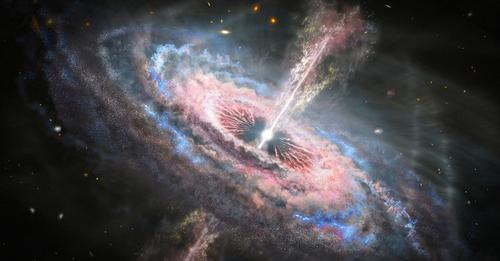 The feat, announced on December 1 by Australia’s national science organisation CSIRO, has swiftly made headlines throughout the world for developing a new atlas of the universe.

According to the researchers, as many as 1 million of these distant galaxies may be previously unknown to astronomy, and this is likely just the beginning. Because of the success of this first study, CSIRO scientists are already planning additional in-depth observations in the future years.

The telescope, known as the Australian Square Kilometre Array Pathfinder (ASKAP), is a cluster of 36 radio dish antennae stretched out over 4,000 square metres in the Western Outback that work together to stitch together high-resolution images to create panoramic views of the universe.

According to CSIRO, the final 903 photos used to generate the new atlas are made up of 70 billion pixels totaling 26 terabytes of data, which is different than the resolution of your iPhone. This massive load, which began as 13.5 “exabytes,” was processed by the Pawsey Supercomputing Center’s “Galaxy” supercomputer.

“ASKAP is applying the very latest in science and technology to age-old questions about the mysteries of the Universe and equipping astronomers around the world with new breakthroughs to solve their challenges,” says CSIRO Chief Executive Dr. Larry Marshall.

3 million new galaxies is a lot of ground to cover, so ASKAP is probably only getting started.

“This census of the Universe will be used by astronomers around the world to explore the unknown and study everything from star formation to how galaxies and their supermassive black holes evolve and interact,” lead author and CSIRO astronomer Dr. David McConnell said in a statement.

He went on to say that tens of millions of galaxies could be discovered in the future with this new telescope/supercomputer combo.

Reprinted with permission from World At Large, a nature, politics, science, health, and travel news website.